Shanlian on Batman is comprised of a group of guys from the Flint Michigan area. The members include Justin Shanlian, Tom Harper, and Kyle Davis. We started out small with our title podcast, Shanlian on Batman, where we talk all things Batman and DC Comics.

The guys here at Shanlian on Batman have expanded the brand to include this website where we are given an opportunity to write about other interests including TV, music, and games. We plan to release a second podcast to compliment our love of all things film in the near future. Stay tuned for more information on that. 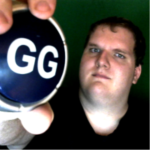