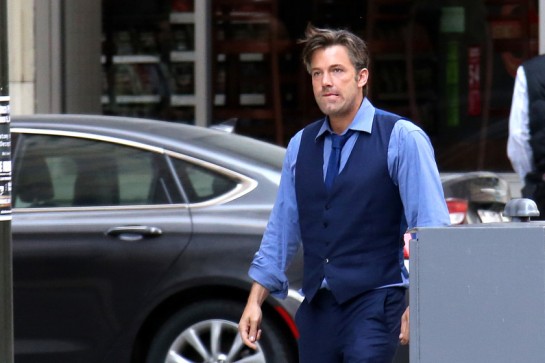 Ben Affleck is Still The Batman

January 30, 2017 will go down in history as the biggest overreaction regarding modern film in Twitter history. (Which is saying something). Ben Affleck has announced that he’s going to find a collaborator to direct the Batman movie whilst he focuses on the little jobs like starring, writing, and producing the film on top of producing and starring in Justice League coming off the heels of starring in Batman v Superman and Suicide Squad after spending a year getting into Batman shape while filming Gone Girl, The Accountant, and writing, starring in, and directing Live By Night while writing The Batman while appearing in countless interviews, premieres, church services, comic cons, award ceremonies and commercials and making TV shows with Matt Damon followed by the occasional Tweet every now and then.

Aren’t you exhausted? Don’t you want to take a nap after reading that mile-long sentence? I need a Ben & Jerry’s already. Seriously, imagine doing all that in your early 40s. Would you be keen to take on more pressure than you’ve ever felt in your life on top of all the other pressures involved in making a movie? I wouldn’t. I would love to hand off the technical stuff to another person so I can focus on the creative side of things. That’s exactly what Affleck said he’s doing. He’s focusing more on the creative so that he doesn’t lose it drowning in the technical.

Yes, we all wanted an Affleck Batman movie, but he believes it wouldn’t be as good as an Affleck/insert cool director here movie. And quality is his main goal when it comes to Batman. Maybe if Terrio and Johns wrote the script he would have directed it. Maybe if he were making a smaller film like The Town he’d direct it. But this is a huge task to undertake and he needs help. Everyone needs help from time to time. Even Batman. So on top of all the other DC stuff he’s giving us, he’s still committed to making the best Batman he can make. Switching directors isn’t like script hell. From all accounts he’s closing in on that coveted final draft, that golden Batman movie we’ve all been waiting for. The Flash is getting a rewrite, but the Batman is not.

The fact he announced this publicly means that he’s gearing up for production and intends to get things right. I have faith that he’ll find someone who will be able to shoulder the immense pressure and do their best to help him achieve his vision. (I wish Lexi Alexander would direct, or George Miller, or Chris McKay, but we’ll see). All that’s really happening here is a reason to be excited: Ben Affleck is shopping around for a really creative aesthetic to complement his script and portrayal of Batman. No need for panic. No need for “DCEU is doomed” articles. Ain’t that shit getting old?

I can’t wait to watch “The Batman” and look forward to hearing who he calls upon to direct. This is gonna be good.