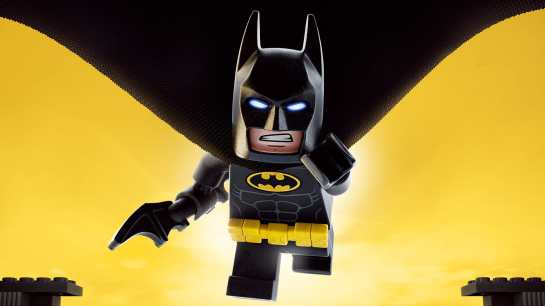 Full of all the heart and soul of the original Lego Movie and then some, The Lego Batman Movie pretty much takes away any reason to continue down the path of the life of Emmet. The brand crossing was fun in the first one, but Emmet was the worst part. Everyone who saw and everyone who did not see The Lego Movie agreed that Batman stole the show and it was his movie. There wasn’t enough of him. (Looking at you, Suicide Squad. Where’s my Joker movie?!)

I digress. The Lego Batman Movie was hilarious at every turn, Chris McKay’s love letter to the franchise and character, and a soul-searching Rite of Passage for Batman in a way that’s never been done on screen before. Batman was actually relatable and sent a great message to everyone watching. I had kids a few rows behind me who were finishing Batman’s sister’s homework (sorry, inside joke) at key moments, and in the big key moments those kids starting crying once they saw me crying. It was emotional.

Of course, being a DC fan and a man with a finely developing brain behind his eyes, I am not one of those losers who has to throw mud/shade/movie tickets at other DC films just because this one is different. Critics have once again taken a step backwards. They were right to praise The Lego Batman Movie. It was a spectacular movie for Batman that CELEBRATED his ENTIRE history. Yes, Batman v Superman included. So don’t expect a “Lego Batman was great so that means The Dark Knight sucks” narrative. I am capable of enjoying multiple films with multiple tones/themes. Isn’t that too hard for critics these days? They can’t seem to handle anything more serious than outright comedies.

If you are on the fence or considering waiting for Lego Batman to hit DVD racks…don’t. Don’t wait for the DVD until you’ve experienced the wonderful movie in theaters, and bring the kids. You’ll all love it. The cast is fantastic, especially Will Arnett’s obnoxious, hilarious laugh. The effects are impeccable. I forgot once or twice that I was watching Lego bricks. That’s how good it looks. Then of course is the amazing story. It was a complete theme-driven story full of emotional tear-jerkers and heartwarming moments. The Lego Batman Movie is the best superhero film we’ve had since Batman v Superman. Go see for yourself.