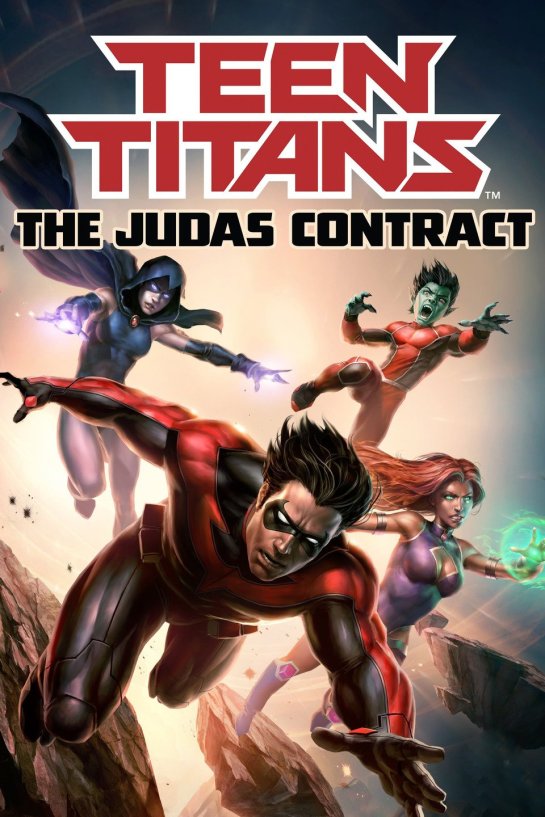 Animated comic book movies are on the decline, but blame the ratings, not the quality. Judas Contract is rated PG-13, although it is decidedly more mature than the R-rated Justice League Dark. The smashing success of The Killing Joke can be attributed to the graphic novel’s huge popularity and the return of Mark Hamill and Kevin Conroy to their starring roles. Judas Contract was most likely put together to push Deathstroke and Nightwing into the public conscience ahead of their appearances in Batman and solo DC films.

The movie itself benefited from adapting the coolest Teen Titans comic book story of the same name. Deathstroke attempts to wreck the Titans by planting a mole to tear them apart from the inside out. Why, though, a villain as high caliber as Deathstroke needs to spend time trying to eliminate kids is still beyond me.

For the most part, I have a general rule that for movies containing lots of characters outside the Justice League circle I’d need to do some comic book refreshing, but Judas Contract is relatively accessible to well versed and comic book illiterate alike. The flashback introduction was very open and welcoming to anyone who needed a primer on who the characters were and where they were coming from throughout the course of the story.

As I mentioned, the movie is rated PG-13. There were a few cuss words and plenty of graphic violence to go around, but I agree with the rating. I just hate the inconsistency of the MPAA. It is absolutely the biggest disaster in the film industry next to Rotten Tomatoes.

The movie itself was worth the rental: funny, exciting, and surprisingly non-cliché. The action was actually interesting to watch. Usually these DC animated movies (non classics) are painful to watch due to laid-back performances, stale action, and downright lazy storytelling. Judas Contract was a pleasant surprise, and it will please anyone who watches just to have a good time, but also those looking for good relationships between the main characters and a look into the potential of Nightwing and Deathsroke in their own live action features.