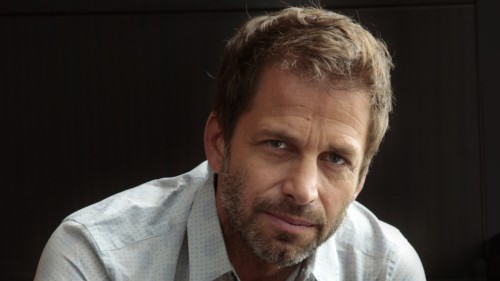 to continue to spend time with his family.

Joss Whedon had been brought in during this time to assist in writing new scenes intended for reshoots, but with Snyder stepping down, it will be Whedon leading the effort to finish the film. Warner Bros. was reportedly interested in delaying “Justice League,” but Snyder was against it.

I’m sure much will be written on what this means for the film and its quality. The reality is, whether this is good or bad for the film is irrelevant. As much as I am rooting for “Justice League” to be amazing (and I still expect nothing less), in light of this news, that desire takes a back seat. My heart breaks for Zack and his family today. Life is more important and more precious than even the greatest movies and whether this is the right decision for the film pales in comparison to the fact that this is the right call for Snyder and his family in their time of grief. It is not my place to put any kind of microscope on that. Mourning is an extraordinarily personal experience, and there is no easy way to do it.

There will be a time to further examine the behind-the-scenes aspects of “Justice League.” I think that, beyond the facts that we have, now is not that time. Now is the time for practicing empathy and talking about things that are more important that our heroes in tights. They will still be there when we are ready for them again.

Sure: The Hollywood Reporter