For a while, it looked like Matt Reeves just might not direct our next Batman film. News spread like wildfire that he had backed down and wouldn’t take the project, despite reaching “final talks” just weeks before. Per Birth. Movies. Death. Matt Reeves had “finally seen Batman v Superman and run away while he still could.”

Interestingly enough, Reeves signed on about a week and a half later to direct The Batman. Perhaps he had seen Batman v Superman and decided to add his name to the incredibly talented DC Universe. But what kept him from signing on in the first place? Money is an unlikely answer; Warner Bothers knows how much they have to shovel out for Batman films. The most obvious issue was creative control.

Seth Graham-Smith, Michele MacLauren, Rick Famuyiwa, David Ayer. All names of directors in the DC Universe who either left due to “creative differences” or in the case of Ayer, stayed on only to witness his film carved up and rehashed by test audiences and studio interference. Zack Snyder was demoted a tad on Justice League and Ben Affleck promoted as a way to respond to Batman v Superman’s reviews (ironically brought about mostly by the studio’s interference—we got the 2.5 hour slap job instead of the masterpiece Snyder originally had in mind now called the Ultimate Edition). So Warner Bros., the studio with a history of letting directors do their thing, has been unafraid of late to say “no” to a director.

Which is why Matt Reeves must be given full creative control over The Batman (and probably has) in order to make the film as great as possible. Ben Affleck wanted less to shoulder when he stepped down from The Batman. If WB/DC wants Affleck to make a Batman trilogy then it all rests on The Batman’s success. There is no indication (as Affleck said) that he will leave the role prematurely—there are huge loose ends to tie up, such as the Knightmare sequences in Batman v Superman. There is so much to explore with this character. So in order to keep Reeves on and make the film great, the studio needs to do what they did before—hand it over and TRUST the director. Tim Burton in 1980s. Christopher Nolan in early 2000s. Matt Reeves 2010s.

Great Batman films come from a healthy director-actor relationship. Affleck has gone on to say the director is the “artist” who makes Batman look right on set and in post: Affleck and Terrio write the comics and the director draws them to life. Matt Reeves has a history with the Apes franchise of not only rescuing it last minute, but intuitively realizing which character to focus the films on. With that kind of eye for filmmaking and characterization, Reeves can easily get The Batman off the ground and possibly help top The Dark Knight as the most widely acclaimed Batman film of all time. All that needs to happen is Warner Bros. taking a step back. They have done their job to this point by signing Affleck, Reeves, Terrio, and the rest. They need to trust Matt Reeves to handle the film and give him carte blanche to do what he needs to do to make the very best Batman film that he can.

Lords of Film is finally back after a little break and we are going to do commentary on what all three of us decided is the best film of the year so far, Mad Max Fury Road. This film is jammed full of action from beginning to end and was definitely a fun one to do commentary for, so hang out with Lords of Film as they talk Mad Max. 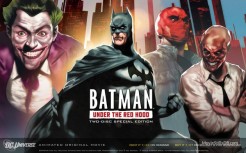 This week Kyle and Tom (justin is out on business) watch the cult classic film, The Big Lebowski. No need to tell you about this film in the description as it is still commonly referenced and quoted in today’s pop culture. This is Part 1 of a 2 parter so mix yourself a White Russian, grab your favorite Robe, and put on a pair of cheap sunglasses and say “ahhh fuck it” Lords of Film The Big Lebowski enjoy!!! Don’t forget to like and comment on this podcast, THANK YOU!

The guys get together for a normal episode of Shanlian on Batman but decide to bring you the 2nd installment of Lords of Film! Discussion up front about some new trailer stuff involving Suicide Squad, and Batman V Superman Dawn of Justice. Then we get into that epic Brian Cranston burn from San Diego Comic-Con 2015 and then BOOM on to our main event, The commentary for Kung Fury!

Part 2 of 2 for the commentary of Batman Forever. Justin and Kyle are lacking the presence of Tom but gained Mr. Mark Hughes! Always a great time when Mark comes on, so sit down and sync your copy of Batman Forever up with the guys and enjoy another episode of Shanlian on Batman.