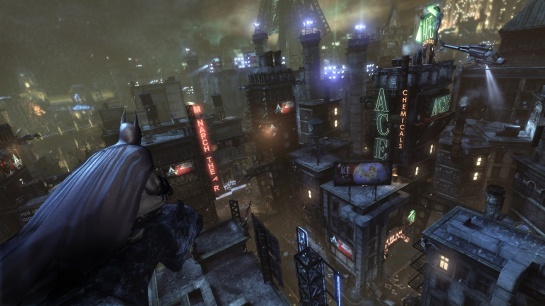 Thanks to our great friend Bill over at Batman-On-Film.com he has heard from a few  sources on where the next solo Batman film might take place. Now we should all take this with a huge grain of salt as the film doesn’t even have a release date yet. At any point over the next few months the script could change completely and this plot point may have been re-written or edited out.

So according to the rumors that BOF has heard from his various sources, the solo Batman film directed by Ben Affleck will take place in Arkham Asylum. Not only that, but Batman will have been locked up in the Asylum with all the famous Rogues from the Bat-Universe.

So there you have it folks, what do you think of the next Batman film having our greatest hero being locked up for a majority of the film? As much as this sounds great to us, we prefer them to do an adaptation of the game Arkham City that was written by the great Paul Dini. That is where we would like to see the film take place. The idea of Batman being locked up in Arkham Asylum is cool, but you don’t get that large scale that is Gotham City when you spend a majority of the time in that building.

As of this writing there is no word on a release date for the upcoming solo Batman film.

So what do you make of this announcement? Are you thrilled that Affleck will be in fact directing this film? What solo Batman story would you like to see him tackle? Sound off below and let us know. 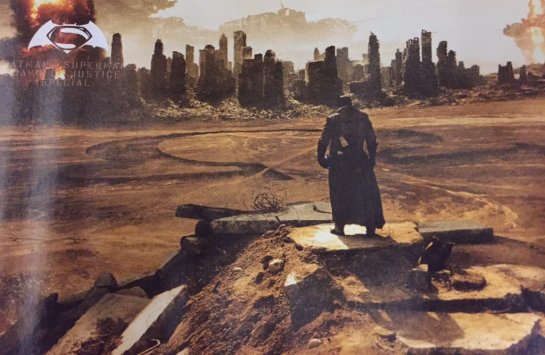 New low-resolution photos from Batman v Superman: Dawn of Justice have slowly been making there way online over the last few hours. These new photos have been scanned in from the new issue of Empire Magazine. These photos reveal a few new scenes from Batman v Superman. As soon as high resolution versions of the new pictures are available they will be posted on this website.

One photo in particular has begun blowing up the internet. If you look closely as Batman stares off into the distance overlooking a canyon and what is revealed appears to be the Omega symbol. Now why is that symbol important? Well, if you know your Superman super-villain lore you should be aware that Darkseid uses this symbol to represent those in which he sees as vulnerable.

So is this mere coincidence? Is Zack Snyder trying to plant the seeds for the next villain in Justice League? Will Darkseid make a brief appearance in BvS? So many questions have been popping up over this one photo so it looks like we will have to wait and find out on March 25th. 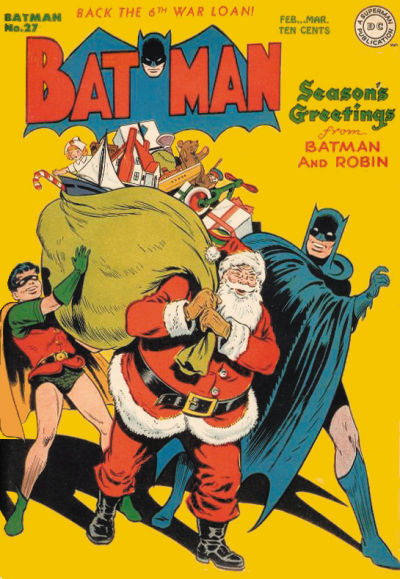 We are officially 3 months away from Batman v Superman: Dawn of Justice, and as the marketing of that film begins to ramp up lets take a moment to enjoy the wild ride it will be until that film makes its debut on March 25, 2016. Not only is this the first team up film between Batman and Superman, this will spawn the Justice League so lets try our best to enjoy whats coming over the course of the next 3 months.

We also wanted to take this moment and say Merry Christmas from all of us at Shanlian On Batman! We hope that you all have a very blessed Christmas and a wonderful New Year! So much is coming in 2016 from BvS to Suicide Squad!

Over the past few weeks as the production for the upcoming DC Cinematic Universe film “Suicide Squad” began to ramp up we got our first glimpses through various set leaks, spy photos and even some video of many of the scenes that were being shot of that film. Over the weekend “Suicide Squad” director David Ayer responded in a series of tweets “Well we survived the streets. Time to go dark now. Remember, only the tiniest glimpse has been exposed. Our surprises are intact.” With that being said, it is still sort of surprising the lack of security that surrounded that set. When “Batman v Superman: Dawn of Justice” was filming in Detroit the security that surrounded that film was always high. Zack Snyder was able to retain so much control over what was able to leak out and what wasn’t. During that shoot the only real thing that was leaked out was the first glimpses of the new Bat-mobile, and Henry Cavill in his new Superman costume. Other than that we didn’t see entire scenes between major actors being filmed on someones smart phone from hundreds of yards away. So what is up with the lack of security of on the set of SS?

Maybe it was deliberate of them to not have such high security on that film to get more people excited about seeing that movie come next summer? The fact that it is now confirmed that Ben Affleck’s Batman will appear in SS might get more people in the seats during next summer’s crazy summer movie season. I guess the real reason why so much was leaked will never be found out, but with that being said lets hope that going forward there are no more leaks or videos of Jared Leto’s Joker smacking Margie Robie’s Harley Quinn. I guess we at Shanlian on Batman will keep our fingers crossed for that.